Our Mission: Awaken Your Spirit to Awake Others

The Kingdom was God’s original idea for human race, we now allow ourselves to experience it on a daily basis.

We will reach the lost with the Kingdom message of Jesus Christ and equip citizens to do the same.

All people are welcomed and included

We will demonstrate to everyone we are one in a big family called Kingdom, in one location called earth.

We are from the best we can only give our best to our King of Kings.

Where We Are Going

Be a part of the vision

We will build a sustainable and dynamic ministry of hope that meets the spiritual and tangible needs in our community and around the world with the love of Jesus.

We will engage everyone in the service for the Kingdom, the church and our community.

We will invest time and resources to broaden the awareness of the kingdom impact our community and beyond. 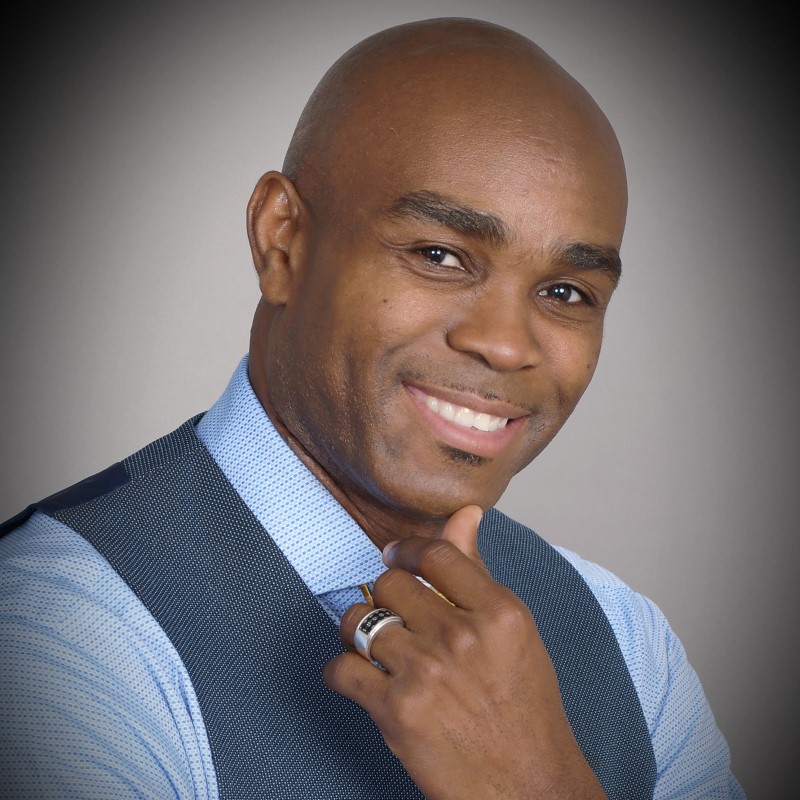 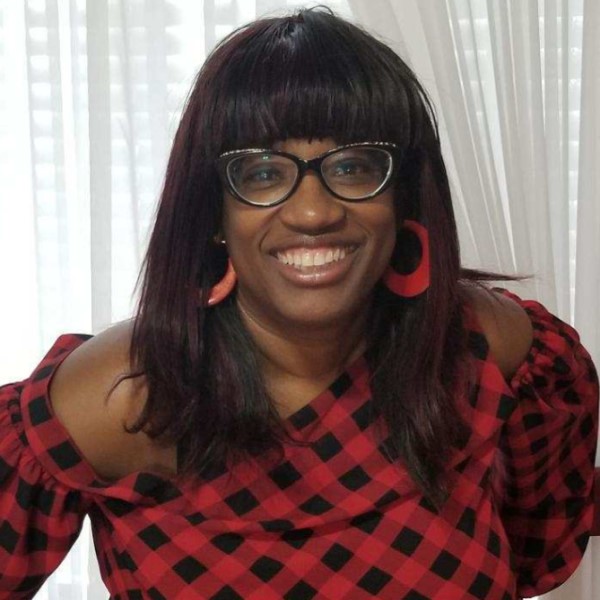 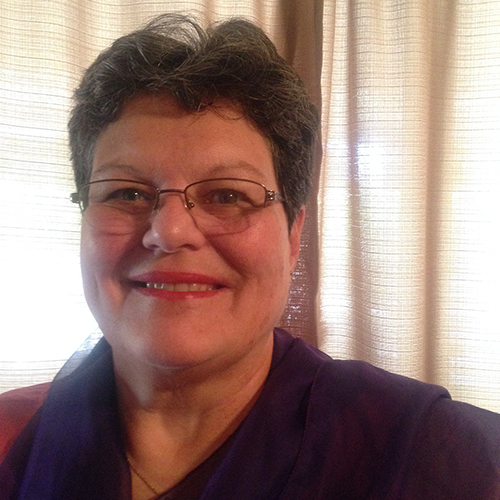 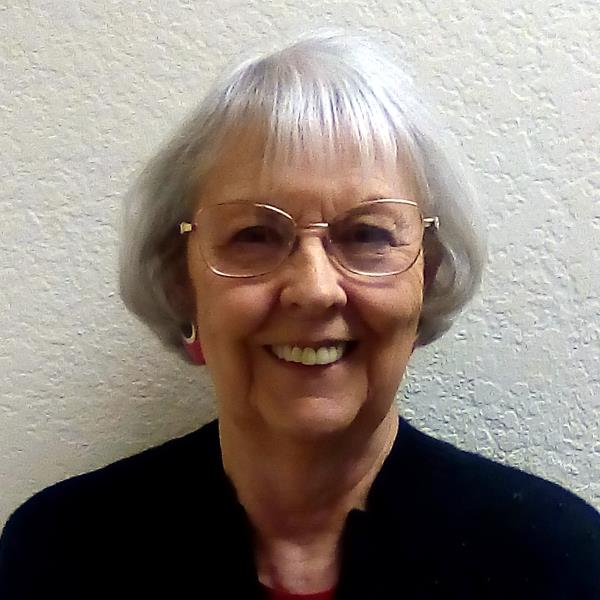 The message of the Bible is about a King, a Kingdom, and His royal offspring. Every one of the 7 billion people on planet Earth is seeking the Kingdom of God, which is their ultimate fulfillment. Every religion and activity of mankind is man’s attempt to find the Kingdom.

The Kingdom Righteous Family is the answer because is not a new or an old religion, it is not a part of the reform protestants or human movement but God’s original idea before the foundation of this world. At the foundation of this world God said let us make men (sons & daughters) in our image after our likeness and let them have dominion over everything, in other words let them be Kings and Queens on this colony calls earth.

Kingdom Righteous Family are sons and daughters of God who capture the big picture and come to the awakening God never intended for us be his slaves, servants, religious and even friends but Kings and Queens. God never intended to gives us a place of worship but to rule the world.

1. The Kingdom is God coming down to man.

Listen! A virgin will be pregnant, she will give birth to a Son, and he will be known as “Emmanuel,” which means in Hebrew, “God became one of us.” Matthew 1:23

2. The Kingdom citizen carries the Kingdom around.

Then God said, “Let us make man in our image, after our likeness. And let them have dominion over the fish of the sea and over the birds of the heavens and over the livestock and over all the earth and over every creeping thing that creeps on the earth.” Genesis 1:26

Death once held us in its grip, and by the blunder of one man, death reigned as king over humanity. But now, how much more are we held in the grip of grace and continue reigning as kings in life, enjoying our regal freedom through the gift of perfect righteousness in the one and only Jesus, the Messiah! Romans 5:17

Your hearts can soar with joyful gratitude when you think of how God made you worthy to receive the glorious inheritance freely given to us by living in the light. He has rescued us completely from the tyrannical rule of darkness and has translated us into the kingdom realm of his beloved Son. Colossians 1:12-13

4. In the Kingdom, individual transforms from within.

Nicodemus said, “Rebirth? How can a gray-headed man be reborn? It’s impossible for a man to go back into the womb a second time and be reborn!” Jesus answered, “I speak an eternal truth: Unless you are born of water and Spirit-wind, you will never enter God’s kingdom realm. For the natural realm can only give birth to things that are natural, but the spiritual realm gives birth to supernatural life!” John 3:4-6

5. In the Kingdom, all believers are released to the work of the ministry.

And God has made all things new, and reconciled us to himself, and given us the ministry of reconciling others to God. In other words, it was through the Anointed One that God was shepherding the world, not even keeping records of their transgressions, and he has entrusted to us the ministry of opening the door of reconciliation to God. We are ambassadors of the Anointed One who carry the message of Christ to the world, as though God were tenderly pleading with them directly through our lips. So we tenderly plead with you on Christ’s behalf, “Turn back to God and be reconciled to him.”
2 Corinthians 5:18-20

6. In the Kingdom, the Spirit is poured out upon all flesh.

This is what I will do in the last days—I will pour out my Spirit on everybody and cause your sons and daughters to prophesy, and your young men will see visions, and your old men will experience dreams from God. Acts 2:17

7. In the Kingdom, the Scriptures have primary ecclesiastical authority.

You abandon God’s commandments just to keep men’s rituals, such as ceremonially washing utensils, cups, and other things.” Then he added, “How skillful you’ve become in rejecting God’s law in order to maintain your man-made set of rules. Mark 7:8-9

Do you really think God will honor your traditions passed down to others, making up these rules that nullify God’s Word? And you’re doing many other things like that.” Mark 7:13

8. In the Kingdom, the presence of God is wherever the believer goes.

And teach them to faithfully follow all that I have commanded you. And never forget that I am with you every day, even to the completion of this age. Matthew 28:20

And the apostles went out announcing the good news everywhere, as the Lord himself consistently worked with them, validating the message they preached with miracle-signs that accompanied them! Mark 16:20

And I will ask the Father and he will give you another Savior, the Holy Spirit of Truth, who will be to you a friend just like me—and he will never leave you. The world won’t receive him because they can’t see him or know him. But you will know him intimately, because he will make his home in you and will live inside you. “I promise that I will never leave you helpless or abandon you as orphans—I will come back to you!” John 14:17-18

9. In the Kingdom, the five-fold minister equips the saints to do the work of the ministry.

10. In the Kingdom, the ministry focus is everyday.

He has rescued us from the power of our enemies! This fulfills the sacred oath he made with our father Abraham. Now we can boldly worship God with holy lives, living in purity as priests in his presence every day! Luke 1:73-75

11. In the Kingdom, the church is sent to serve their community.

Then Jesus came close to them and said, “All the authority of the universe has been given to me. Now go in my authority and make disciples of all nations, baptizing them in the name of the Father, the Son, and the Holy Spirit. And teach them to faithfully follow all that I have commanded you. And never forget that I am with you every day, even to the completion of this age.” Matthew 28:18-20

12. In the Kingdom, the burden is for the whole body of Christ.

For by one Spirit we were all baptized into one body, whether Jews or Greeks, whether slaves or free, and we were all made to drink of one Spirit. 1 Corinthians 12:13

but speaking the truth in love, we are to grow up in all aspects into Him who is the head, even Christ, from whom the whole body, being fitted and held together by what every joint supplies, according to the proper working of each individual part, causes the growth of the body for the building up of itself in love. Ephesians 4:15-16

13. In the Kingdom, every believer is a priest and king.

And a stone that makes them stumble and a rock to trip over. They keep stumbling over the message because they refuse to believe it. And this they were destined to do. But you are God’s chosen treasure—priests who are kings, a spiritual “nation” set apart as God’s devoted ones. He called you out of darkness to experience his marvelous light, and now he claims you as his very own. He did this so that you would broadcast his glorious wonders throughout the world. 1 Peter 2:8-9

14. In the Kingdom, every sphere of life is integrated under King Jesus.

“Martha,” Jesus said, “You don’t have to wait until then. I am the Resurrection, and I am Life Eternal. Anyone who clings to me in faith, even though he dies, will live forever. And the one who lives by believing in me will never die. Do you believe this?” John 11:25-26

Peter spoke up and said, “But Lord, where would we go? No one but you gives us the revelation of eternal life. We’re fully convinced that you are the Anointed One, the Son of the Living God, and we believe in you!” John 6:68-69

15. In the Kingdom, Jesus is the King of Kings.

They will wage war against the Lamb, but the Lamb will conquer them, for he is Lord of lords and King of kings! Those who are with him will also conquer them, and they are called ‘chosen ones’ and ‘faithful ones.’ Revelation 17:14

On his robe and on his thigh he had inscribed a name: King of kings and Lord of lords. Revelation 19:16

16. In the Kingdom, the church is the salt of the earth.

“Your lives are like salt among the people. But if you, like salt, become bland, how can your ‘saltiness’ be restored? Flavorless salt is good for nothing and will be thrown out and trampled on by others.” Matthew 5:13

17. In the Kingdom the focus is on transforming the earth.

Manifest your kingdom realm, and cause your every purpose to be fulfilled on earth, just as it is fulfilled in heaven. Matthew 6:10

18. In the Kingdom, culture is engaged.

Then Jesus came close to them and said, “All the authority of the universe has been given to me. Now go in my authority and make disciples of all nations, baptizing them in the name of the Father, the Son, and the Holy Spirit. And teach them to faithfully follow all that I have commanded you. And never forget that I am with you every day, even to the completion of this age.” Matthew 28:18-20

20. In the Kingdom we all made perfectly right with God.

And when the season of tolerance came to an end, there was only one possible way for God to give away his righteousness and still be true to both his justice and his mercy—to offer up his own Son. So now, because we stand on the faithfulness of Jesus, God declares us righteous in his eyes! Romans 3:26

We Gather Virtually Every Tuesday & Sunday

Watch our Live Services and Replays

God as Father reigns with providential care over His universe, His creatures, and the flow of the stream of human history according to the purposes of His grace. He is all powerful, all knowing, all loving, and all wise. God is Father in truth to those who become children of God through faith in Jesus Christ. He is fatherly in His attitude toward all men.